My Name is Pauline Wright and I am the Rescue Manager. Read on to view our story and to see all cats currently in the Rescue ....

Cats In The Rescue

In 1988 I opened a small Boarding Cattery and although I had always loved cats I had never been in contact with any of the Pedigree Breeds.

We have no paid officials

The cattery soon welcomed Siamese, Burmese, Birmans and Persians and eventually I was asked to keep or re home one of my boarders, a large handsome Persian boy who we called Teddy. We quickly became besotted by our new arrival and planned to breed Persians. My husband bought me two breeding queens, but he died shortly afterwards. I did not have the heart to carry on with the plans, but decided to start a rescue centre for Persians instead.

Can YOU help us?

A few words from Kym

Ruby is a gorgeous Snowshoe girl who has been in the rescue since October. Ruby is 10 years old and sadly had not been to the vet for 8 years. We needed to do a lot of work to Ruby to get her healthy, but the biggest concern is her breathing. The cost for all of this treatment has been heavily discounted by the Ralph, who gave us over £1k discount putting Ruby first. We have got a loan to cover the rest of this treatment and desperately require your help in order to pay it back.

Following Government guidelines we are unable to allow visits to view cats, though we can take cats in under certain circumstances.
For help and advice, please call Pauline on:
01677 470 142

Cats In The Rescue

I have worked in co operation with another cattery owner from Wakefield, Audrey Rae for many years. The Cats Protection League and the RSPCA soon heard about our work and we take in hundreds of cats between us each year.

All our helpers are volunteers

Can you help with TRANSPORT and FUNDRAISING? Also needed, fosterers in the Ripon / Bedale area of North Yorkshire ....

And if you could spare a copper or two, we have

DONATE
Enquire About A Cat

Make a Donation - Thank you!

Our thanks go out to the BISHOPTON VETERINARY GROUP for their ongoing help, support and commitment. . 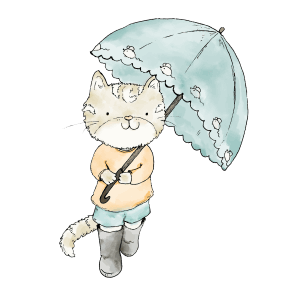